Since the early 2000s a technological revolution has profoundly modified the prospects of nuclear medicine: the introduction of PET imaging with 18FDG in routine nuclear oncology practice.

In parallel, much progress has been made in the development of vectorized radiotherapy, primarily in radioimmunotherapy and radiopeptide therapy.

All these developments have opened up broad prospects for the diagnosis and treatment of cancer. Numerous carrier molecules are currently being evaluated in pre-clinical and clinical studies. We are also seeing the emergence of the “theranostics” concept, an approach consisting in integrating diagnostic aspects into therapeutic treatments, which is taking nuclear medicine into the era of personalized medicine. In the coming years, new radiopharmaceuticals should also be approved in cardiology and neurology.

In this context, new needs are arising for original radioisotopes, emitters of positrons, beta- and alpha particles.

Due to its favorable radiophysics characteristics, fluorine-18 is a radioisotope of choice for PET imaging. Many new carriers, including FLT, F-MISO, F-Choline, FES and F-DOPA, have been clinically evaluated, and some of them have obtained (F-DOPA), or may obtain in the coming years, marketing authorization for routine use. The short half-life period (T1/2) of fluorine-18 (110 minutes) nonetheless means that it needs to be produced in a cyclotron close to each user center. 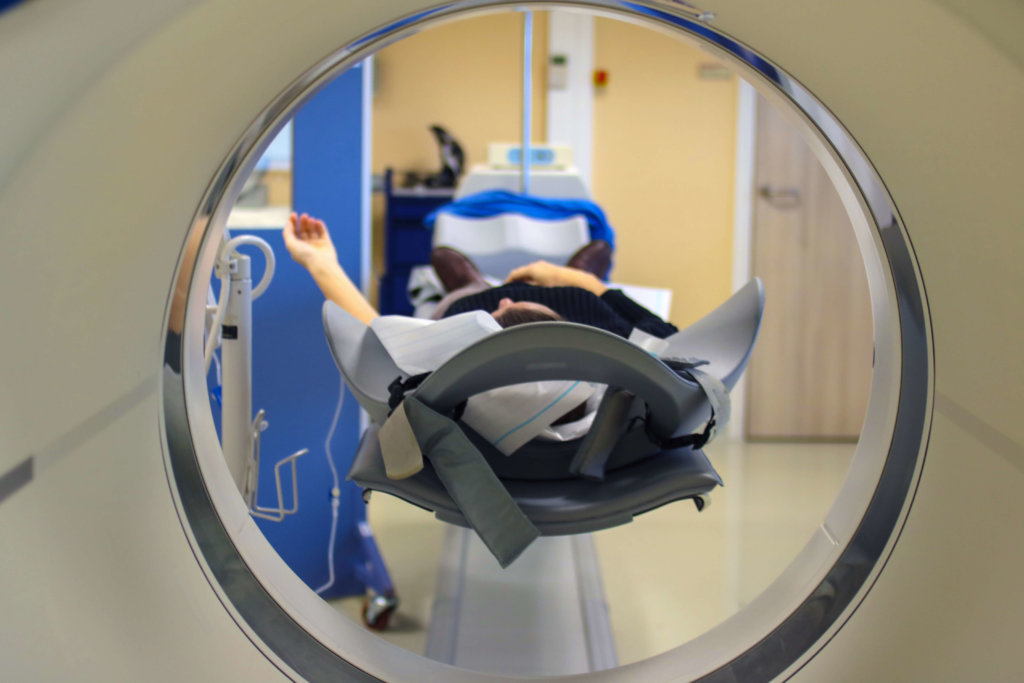 As the fluorinated molecules are small, their distribution kinetics after intravenous injection are rapid, which is compatible with the relatively short half-life period of fluorine-18. However, for larger carrier molecules like antibodies, or more generally ADCs (antibody-drug conjugates), the blood kinetics are much slower and maximum tumoral binding is observed relatively late, a few hours or days after the intravenous injection. This time interval is incompatible with the 110-minute half-life period of fluorine-18. So new radioisotopes with longer half-life periods are needed for immuno-PET: copper-64 (T1/2=12.4h), zirconium-89 (T1/2=78h) or iodine-124 (T1/2=4.2 d).

The pre-therapeutic dose calculation also requires radioisotopes with longer half-life periods than that fluorine-18, even for small molecules with rapid blood kinetics. This application is one of the components of the theranostics approach, the others being the selection of patients for a given treatment and therapeutic monitoring. For theranostics applications, the same carrier can be used to combine the radionuclide for imagery and the one needed for therapy. The radioisotopes are then taken from the same element (64Cu/67Cu, 44Sc/47Sc, 152Tb/161Tb, etc.), making radionuclides having similar chemical properties (68Ga/177Lu, 99mTc/188Re, etc.).

In cardiology, thallium-201 and technetium-99m-MIBI (Cardiolite®) have been routinely used for decades for the diagnosis of myocardial ischaemia. However, the low gamma radiation energy emitted by these radioisotopes requires attenuation correction which is of limited efficacy, leading to a not inconsiderable percentage of false positive results, which in turn lead to unnecessary invasive coronary arteriographies.

Rubidium-82 is a radioisotope that emits positrons that, like thallium-201, is captured by the myocardial muscle. The high energy (511 keV) of the annihilation photons serves to make an effective attenuation correction. Consequently, it has been clearly demonstrated that the diagnostic specificity of PET imaging with rubidium-82 is significantly higher than SPECT imaging with thallium-201 or technetium-99m-MIBI. Rubidium-82 has a very short half-life period (75 seconds). It is produced in a generator through decay of the strontium-82, which has a half-life period of 25.5 days. This very short half-life period of rubidium-82 enables stress and rest imaging to be done in less than 30 minutes, against several hours with SPECT imaging using thallium-201 or technetium-99m-MIBI. The strontium-82/rubidium-82 generator has been used in the USA for over twenty years. Its use in Europe is currently pending evaluation.

The three radioisotopes currently used for therapy are iodine-131, yttrium-90 and lutetium-177. They cover a beta- energy range well-suited to the size of small tumors which are appropriate for this type of treatment. However, iodine-131 emits a relatively high percentage of high-energy gamma rays, which impose radiation protection constraints, including confinement of patients in radiation-protected rooms for several days. These constraints seriously limit the number of patients who could benefit from vectorized radiotherapy. Moreover, yttrium-90, a high-energy beta- emitter, is bound by the bone marrow after salting-out with a chelating agent combined with the carrier molecule. This results in radiation of the bone marrow, which limits the injected activity. Furthermore, yttrium-90 does not emit associated gamma radiation for pre-therapeutic imagery, and yttrium-86 emits too high a percentage of high-energy gamma rays for routine PET imaging.

Another radioisotope of interest, with favorable radiophysical and biological characteristics, is copper-67 (half-life period: 61.5 hours), evaluated in pre-clinical and clinical studies for over two decades. Compared with iodine-131 and yttrium-90 in a limited number of clinical studies, copper-67 has shown the highest therapeutic index. And yet its industrial production has until now been limited, by the lack of high-energy cyclotrons (70 MeV) and high-intensity cyclotrons (several hundred microamperes), needed to produce high activities for clinical studies. The same process can also be considered for 47Sc (T1/2=3.35 days).

Lastly, alpha-particle emitting radioisotopes are increasingly taken into consideration for use in alpha-therapy due to their high rate of linear energy transfer (LET), which affords them a particularly high cytotoxic effect for small clusters of tumor cells. A few alpha-particle emitting radioisotopes can be used, including astatine-211, the lead-212/bismuth-212 combination and the actinium-225/bismuth-213 combination. With a particle accelerator delivering alpha particles, one can produce astatine-211 (half-life period: 7.2 hours) for pre-clinical and clinical alpha-therapy studies.


This list of priorities has been prepared in close collaboration with the international scientific council, which has monitored Arronax’s activities from the outset.

The ANR REPARE project members, among which several are part of the Arronax Nantes community, have designed a fact sheet …
Read more
In a partnership between the INFN-LNL and the GIP ARRONAX, Gaia Pupillo and Lucia de Dominicis are using the Arronax …
Read more
read all our news